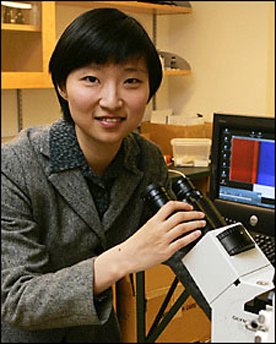 Known as a Harvard beauty professor, Dr. Xiaowei Zhuang has been evaluated by industry insiders as "a gifted and committed scientist". She graduated from the Junior School of the University of Science and Technology of China in her early years. At the age of 19, she received a full scholarship to study for a doctorate in the United States. 2003 He was awarded the "Genius Award" by the MacArthur Foundation in the United States and won a prize of US $ 500,000. Later, when she was 34, she became a full professor at Harvard University, engaged in biochemistry research.

The female scientist mainly carried out research on microscopic imaging. In a study in 2005, Zhuang Xiaowei and other colleagues discovered a type that can be used hundreds of times under various colors of light and can be driven by Fluorescent and dark luminescent molecular clusters, resulting in a microscopy technique with a resolution more than 10 times higher than that of traditional optical microscopes, and named this technique stochastic optical reconstruction microscopy (stochastic optical reconstruction microscopy, STORM).

Unlike eukaryotic cells, bacterial cells have only a primitive nucleus, no nuclear membrane and nucleolus, and a simple structure. The E. coli genome is a double-stranded circular DNA molecule that exists in the cell in the form of denser irregular bodies tightly wound into a cell. This body is called a nucleus, also known as a bacterial chromosome. NAPs are a class of small basic proteins that bind to bacterial chromosomal DNA. Past studies have confirmed that NAPs are involved in regulating many important physiological processes such as bacterial DNA replication, recombination, transcription, and repair. In addition, they also play an extremely important role in the formation of nucleus-like structures. The researchers used a photoswitchable dye-labeled protein to obtain ultra-high resolution imaging of several NAPs in E. coli live cells, and confirmed that a NAPs, which can cause gene transcription silencing, H-NS plays a key role in the formation of bacterial nucleus The role.

The new research results confirm the application potential of the new imaging technology in analyzing the ultrastructure of living cells, and open a new window for researchers to gain a deeper understanding of the genetic material and gene expression regulation mechanism in bacteria. 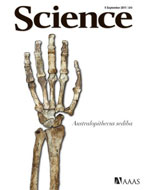 Chromosome Organization by a Nucleoid-Associated Protein in Live Bacteria

Bacterial chromosomes are confined in submicrometer-sized nucleoids. Chromosome organization is facilitated by nucleoid-associated proteins (NAPs), but the mechanisms of action remain elusive. In this work, we used super-resolution fluorescence microscopy, in combination with a chromosome-conformation capture assay, to study the distributions of major NAPs in live Escherichia coli cells. Four NAPsâ€”HU, Fis, IHF, and StpAâ€”were largely scattered throughout the nucleoid. In contrast, H-NS, a global transcriptional silencer, formed two compact clusters per chromosome, driven by oligomerization of DNA-bound H-NS through interactions mediated by the amino-terminal domain of the protein. H-NS sequestered the regulated operons into these clusters and juxtaposed numerous DNA segments broadly distributed throughout the chromosome. Deleting H -NS led to substantial chromosome reorganization. These observations demonstrate that H-NS plays a key role in global chromosome organization in bacteria.